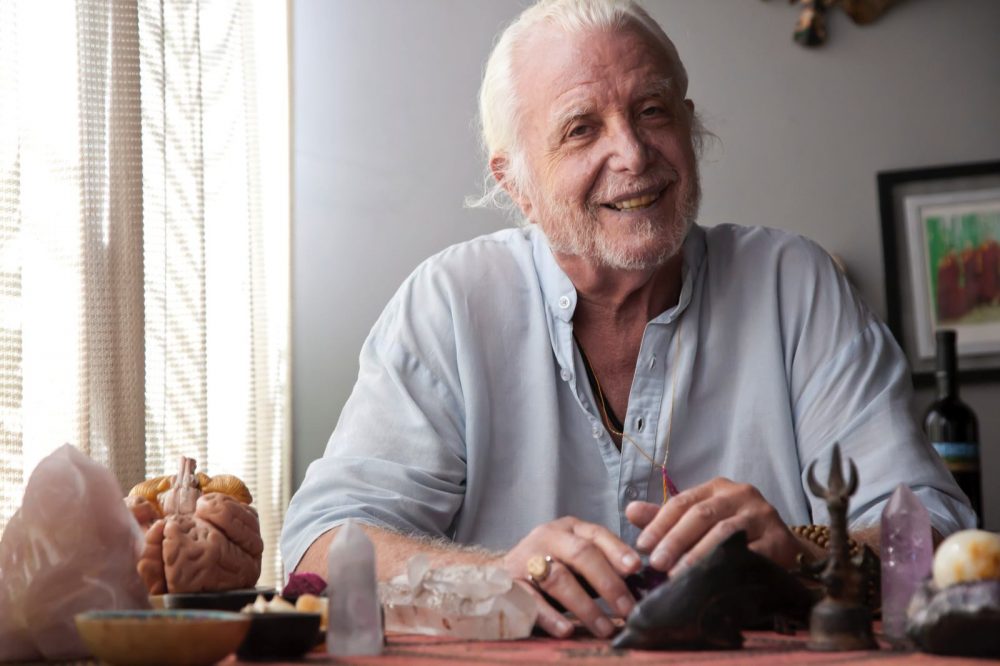 Dr. Bobby Klein is a clinical Psychologist and re-known healer and teacher in the
Americas and Europe.
His experiences and adventures have taken him on the winding
road as successful rock and roll photographer in the late 1960 ́s for bands such as the
Doors and Janis Joplin, to owning one of the first natural food restaurants in Los Angeles.

Back before the trends of health food, his business became a hit and popular amongst
the Hollywood scene. It was here when Bobby Klein was first introduced to acupuncture.
In search to avoid eye surgery, he found a Chinese Master with familial lineage dating
back hundreds of years. It was this man, Gim Shek Ju, who cured his affliction and
became his teacher, thus Bobby began to follow his calling of what has been a lengthy
and successful 40 + year career in the Healing Arts. Dr. Klein was instrumental as one of
the pioneers in the movement to legalize acupuncture in the United States, being one of
the first to introduce acupuncture to the medical community and was a director at UCLA
of the first Acupuncture Clinic in America.
Bobby is an influential teacher in spiritual and emotional growth, meditation and the
intracacles of the I Ching. Dr. Klein lived and studied with shamans, teachers and healers
worldwide. Among them were two Native American Tribes and the Tibetan Buddhists.

After a successful practice as an intuitive psychologist, analyst, diagnostician and life
path consultant in Los Angeles, he moved his practice to Tulum, Mexico where he is the
founder and Director of Yäan Wellness Energy Spa in Tulum, and where he continues with
his private practice. Dr. Klein hosts retreats in Tulum and around the world. These retreats
and workshops focus to open the heart to spirit and to take the journey to remembering
one’s authentic self.

In the recent years Bobby has worked with a number of cutting-edge scientists to develop new
models in bringing energy to the body for healing and rejuvenation. He holds U.S. patents that
have led to the development of nano particles that acquire transient light and convert it to
wavelengths that improve energy flow and circulation in the human body.

Bobby ’s most recent project is REAL- a guide for living, an app for those seeking guidance and
mindfulness, Real will provide access rounded views to life issues and ways to resolve them,
being the author of REAL, Bobby seeks to combine his knowledge of 73 year of life as well as his
7 year interpretation of an ancient oracle to bring an essential guidance through life’s difficult
situations.

Bobby will be joining Life Source Retreats in their upcoming Aug 7-12th Skin to Soul Retreat, where he will impart his Wisdom Mystery School workshop exclusive to those attending the week’s life changing retreat.